MyDish is a mobile app to finally organize and keep track of your recipes without any hassle.

Home cooks have forever been scribbling in cookbooks, often handed down through generations.

Many family dishes have gone the way of the dodo because of a lack of reliable, and legible, recipe versions.

How might we help all cooks manage their recipes?

In its initial stages, the functionality of the app was minimal.

Users could not upload photos, inputting recipes was a tedious process, and the navigation felt clunky and unfinished.

Having parsed through the research of the previous teams, I had a good idea of what the users wanted, but didn’t see much in the way of why it was designed how it was. I took a critical eye to the designs and decided it needed an almost complete overhaul.

The Client’s vision included features to make adding information so easy that home cooks would love documenting their recipes and keeping track of each modification and version of them. 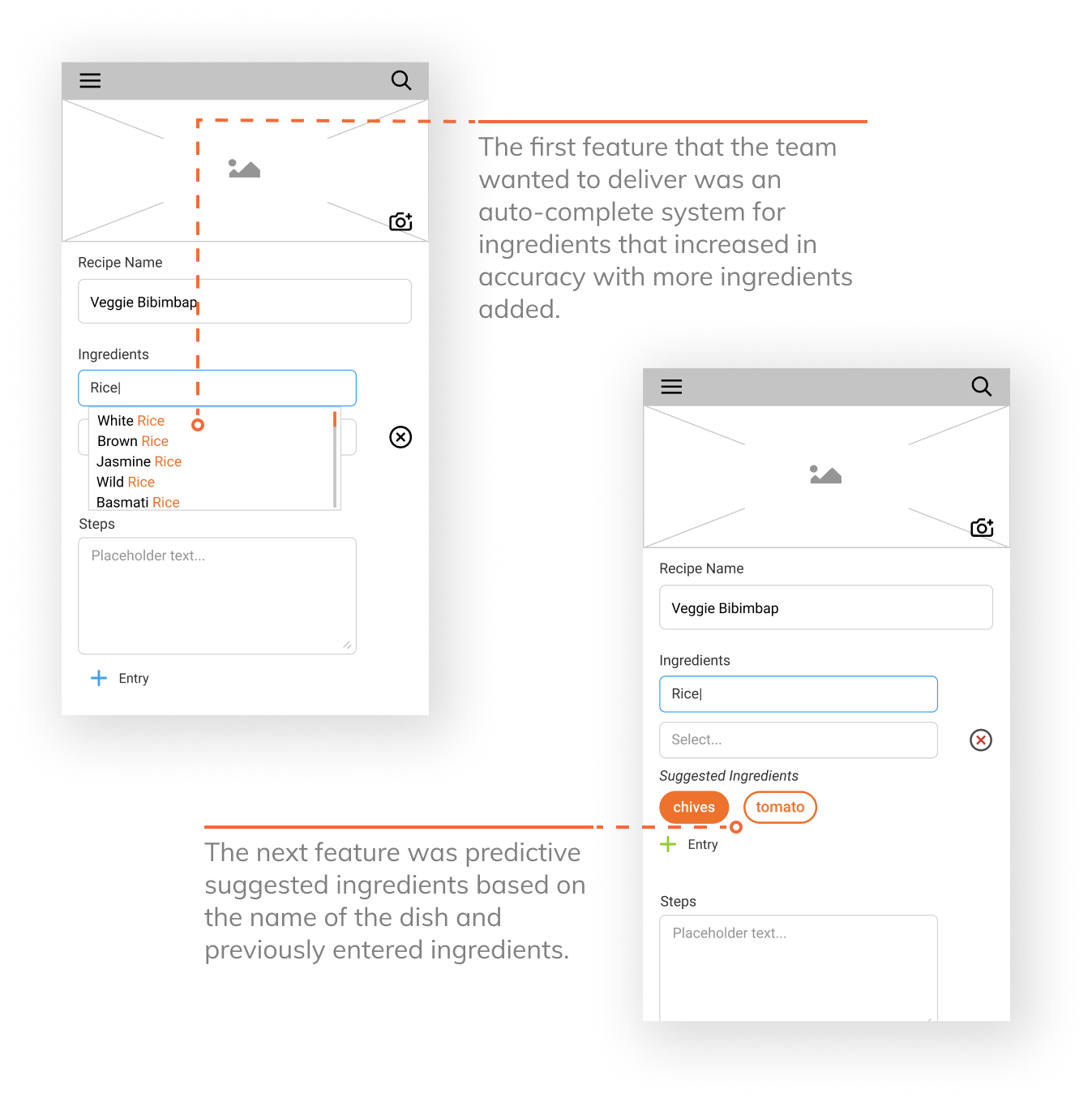 Our key finding was that people really do scribble in the margins of old cookbooks often, and the main reason that they haven't digitized their recipes is because it sucks typing recipes, and there is no good way to keep notes on variations of their family favorites. 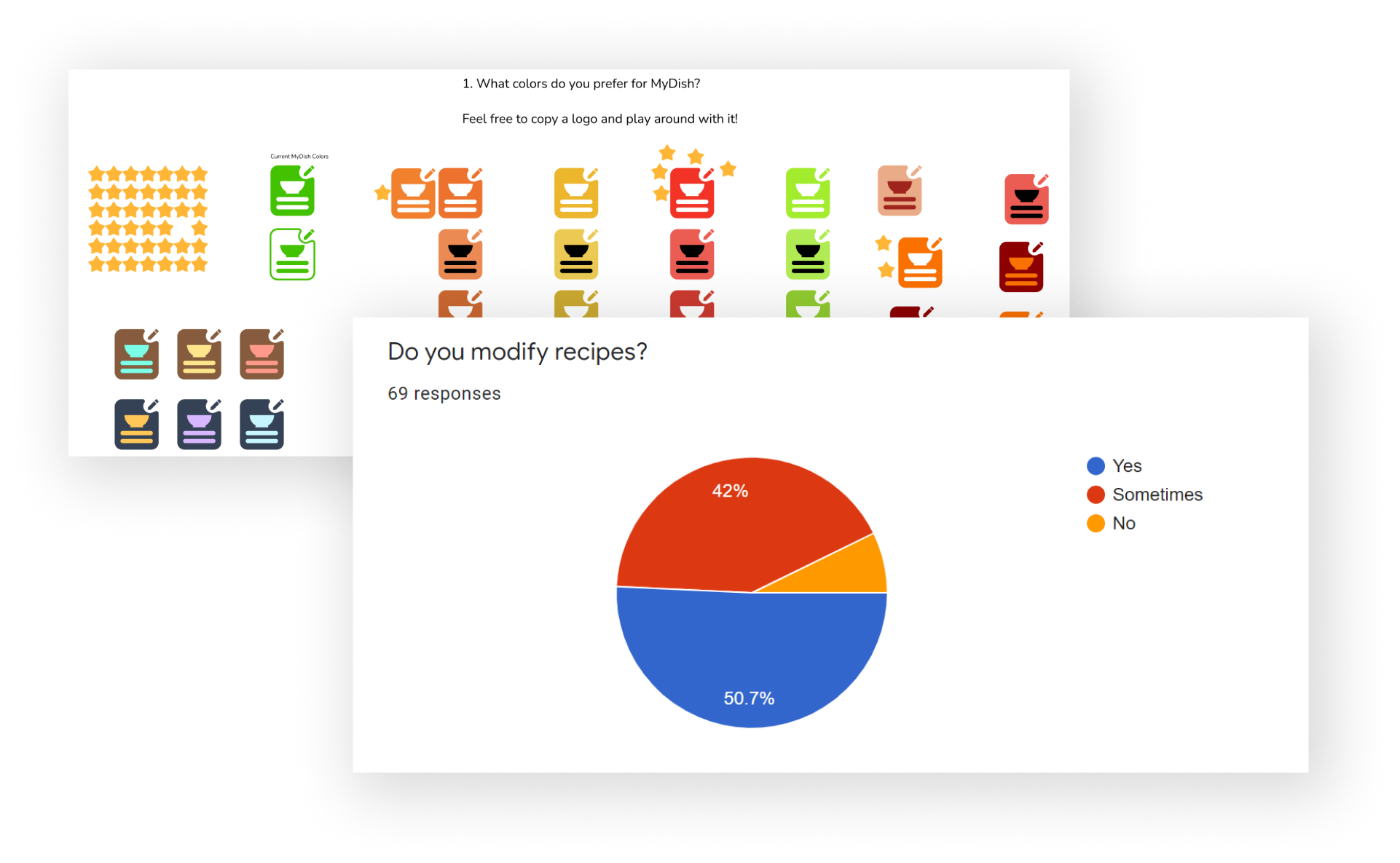 We conducted several rounds of simple testing to validate the design solution. 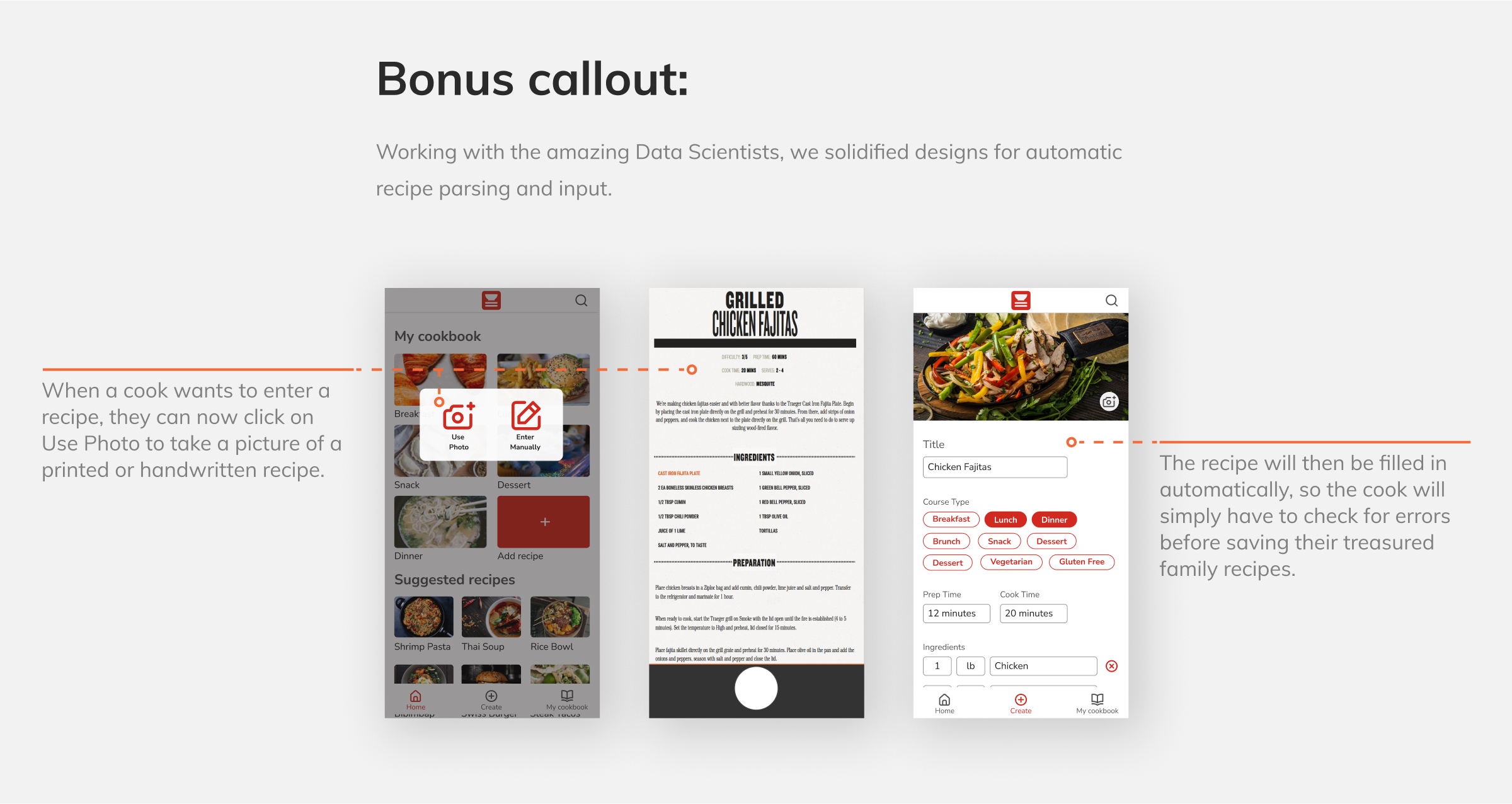 I took the time to build a consistent design system for MyDish from bones.

I also made sure to test often for feedback on the directions that I was taking the design to ensure that home cooks would like warm colors, pill buttons, how suggested ingredients appeared, and especially the navigation. 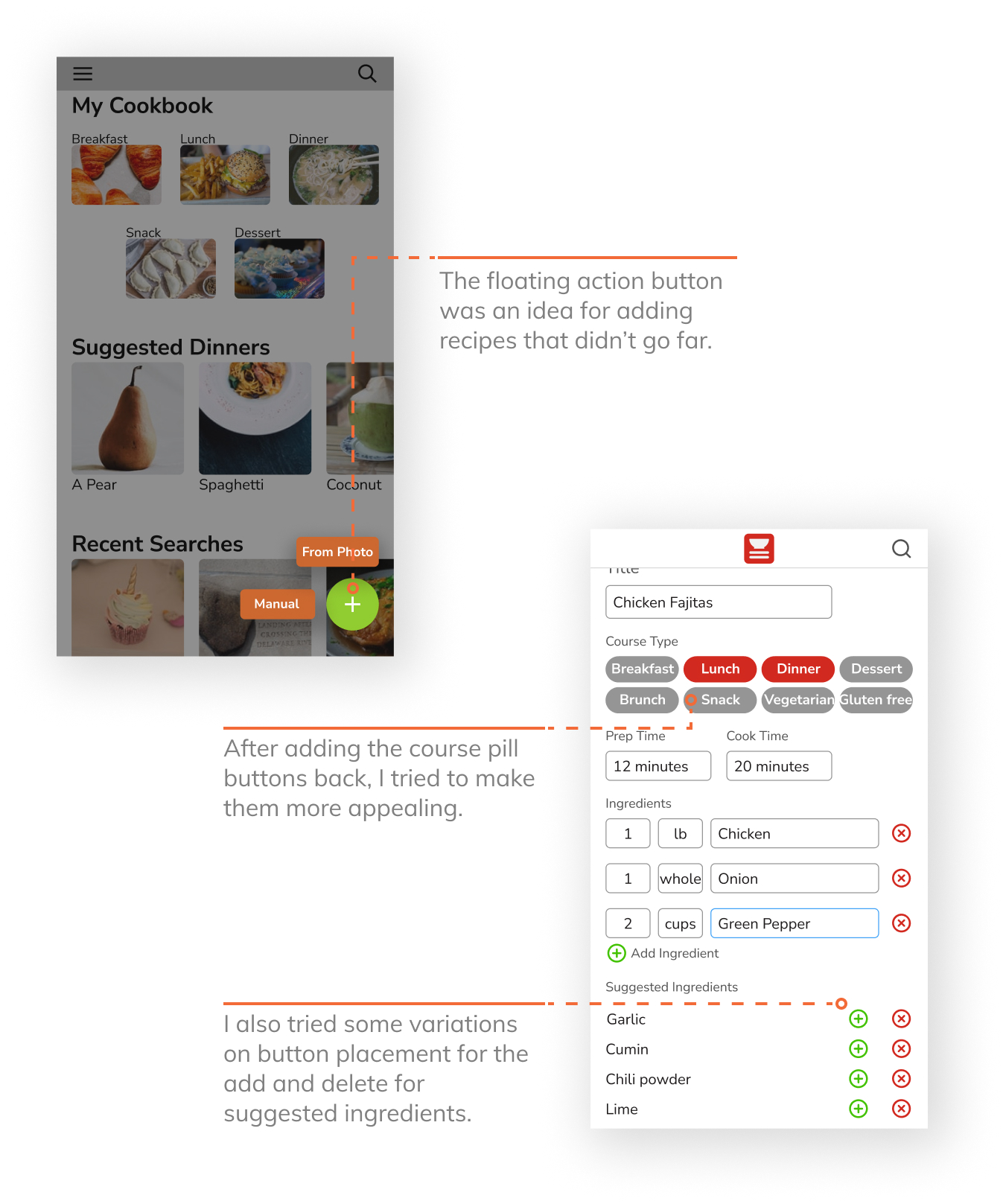 The client really wanted in-line recipe editing and the developers had a framework for it set up, however, that function was not validated.

Testing revealed that most home cooks would not know to simply click on an ingredient or step to edit without some indication or tutorial. 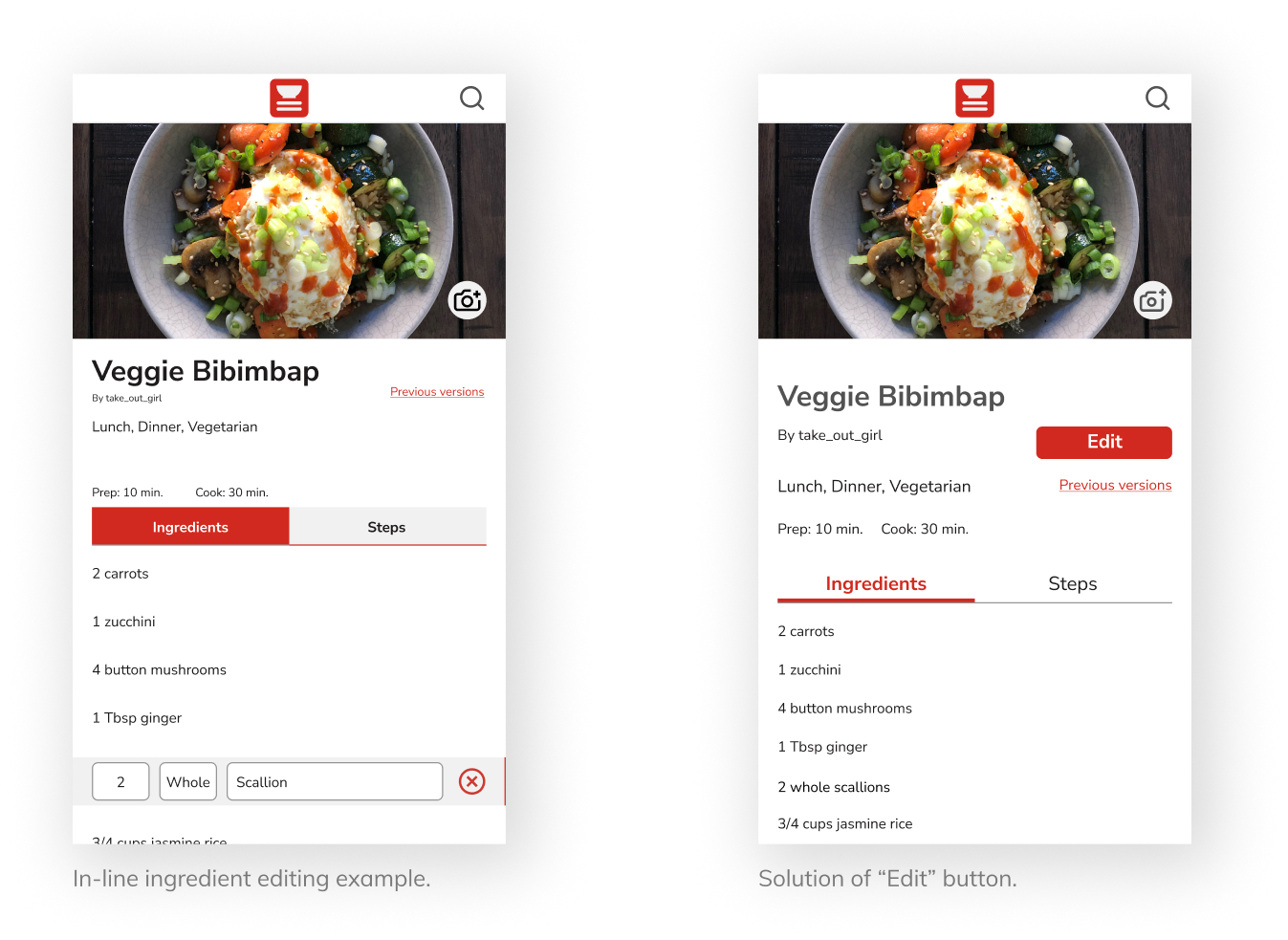 The result was two edit buttons on each recipe page that, when tapped, took the cook to a page that was just like they were creating a new recipe.

The home cooks were then prompted to make notes on their revisions and another version was saved on the “Previous versions” page. 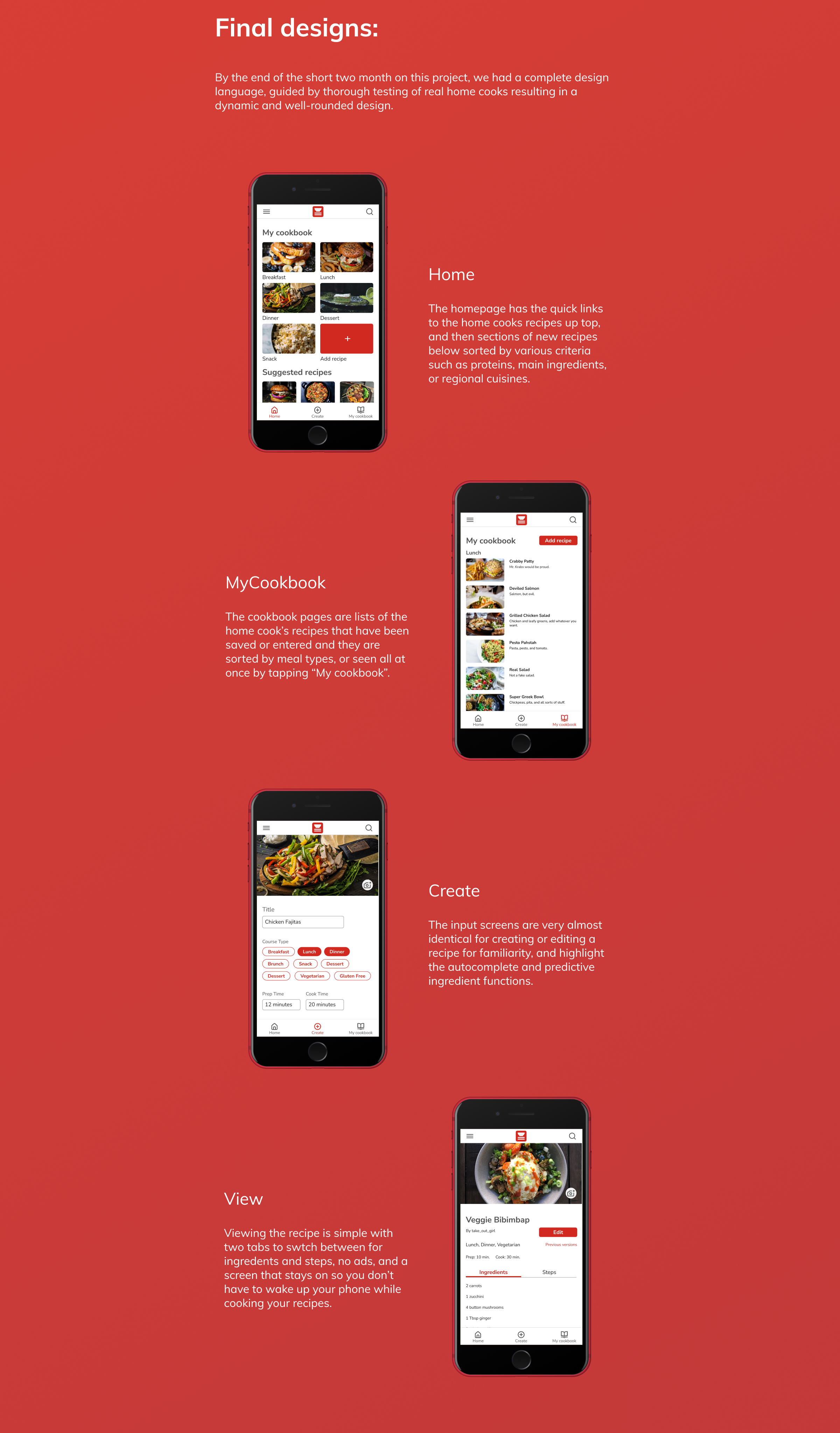 Let's make something awesome together!
Ryan.S.Fowler87@gmail.com

Back to the top
Next Project:
McCormick